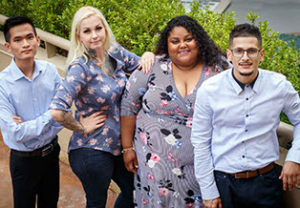 This year’s winners are from California and Colorado, each with their own inspirational journey to earn their GED credential. This award, presented during GED Testing Service’s Annual Conference held July 25 through July 27 in San Diego, recognizes students who recently earned their GED credential and displayed exceptional dedication and scholarship during the preparation and testing process.

Each winner received a $1,000 scholarship for postsecondary education. Here’s a look at this year’s winners with excerpts from their nominations.

Issiah was diagnosed with an illness during his senior year of high school. Treatments and long extended hospital stays for what would be a five-year treatment program made it impossible for him to attend school regularly, but he didn’t give up on his goals. Issiah remained positive and determined with the new goals of getting well, passing the GED test, attending college and later enrolling in nursing school to become a pediatric nurse.

Issiah earned his GED in November 2017 through Mt. Diablo Adult Education Center and he is currently enrolled in Diablo Valley College, while maintaining a part-time job.

“Issiah is most deserving of this award because of his determination, persistence, self motivation in pursuing and achieving his educational and life goals,” said Tricia Ouellette, the ABE/ASE/GED Coordinator for Mt. Diablo Adult Education Center, in his award nomination. “His example is inspiring and he is an excellent role model for any student who faces great challenges.” 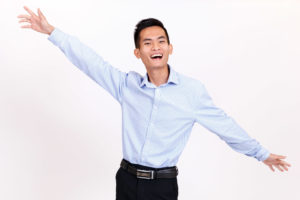 Trinh arrived in the United States from Vietnam in April of 2017 at the age of 20. He spent his first summer independently studying English at home determined to go to school in the fall. Five months after his arrival, he enrolled in GED and ESL classes at Lincoln Education Center. While continuing with these adult education classes, he enrolled in a college writing preparation course at Coastline Community College.

Trinh completed his GED, earning exceptional scores in math and science and plans to attend college to major in chemistry. His ultimate goal is to transfer to a four-year university to pursue a degree in chemical engineering.

“Trinh has made a great impact in our program in just one year. All of his instructors beam with pride when sharing his accomplishments,” said Yesenia Flores, a high school equivalency instructor at Lincoln Education Center, in his award nomination. “He has been an example to the students in our class, a genuine role model; they see that earning a GED takes diligence. I am absolutely sure Trinh will succeed wherever he applies his efforts.” 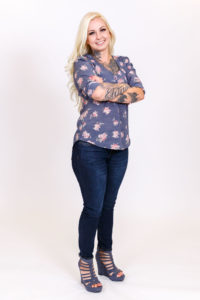 Elisabeth enrolled at East Side Adult Education determined to receive her GED. She was faced with many challenging obstacles while she pursued her GED, including taking care of a terminally-ill grandparent and being a single parent to her two-year-old daughter.

Despite the struggles in her life Elisabeth earned her GED and plans to enroll in a community college to major in Early Childhood Development and Counseling.

“During her time with us, Ellie (Elisabeth) was determined and worked her learning program systematically and diligently,” said Fran Brautigan, an adult education teacher at East Side Adult Education Center, in her award nomination. “She took advantage of the tools we offered her (extra tutoring when needed) and utilized everything to achieve her goal.”

Joshua was a “stand out” student during the four months he attended GED classes at the Inland Career Education Center. His compassionate and encouraging demeanor made him a trusted classmate, offering students tips on passing the GED test subjects and offering support when they shared stories of ongoing personal obstacles. Joshua’s strong communication and leadership skills led him to speak on the steps of the state capitol advocating for continued adult education funding in California, especially for formerly incarcerated individuals transitioning back into society.

Now equipped with a GED credential, Joshua plans to enroll in classes to become a drug and alcohol counselor.

“Joshua intelligently contributed insightful views during class discussions which encouraged the other students to participate,” said Roland Espinosa, an adult education instructor at Inland Career Education Center, in his award nomination. “To put it simply, he made the lessons more interesting and it was refreshing for me to have a student be so proactively involved.” 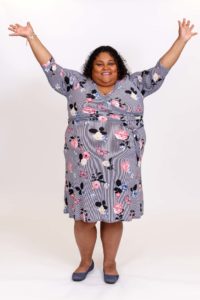 Marquita had to overcome many barriers while attending GED classes at Elk Grove Adult and Community Education Center but nothing deterred her. In addition to having to take a bus to and from school, Marquita had to walk a mile from the bus stop to class, and then another mile back to the bus stop after class—rain or shine. She also experienced some personal challenges as the primary caretaker for her ailing mother, being a source of strength for her sister during a personal crisis and raising four children.

Marquita completed her GED testing in January 2018 and she is currently enrolled in a program to become a Medical Office Specialist.

“Marquita came to class in October 2017 with a “can do” attitude and a positivity that was inspirational to her classmates,” said Gina Wandell, a high school equivalency instructor at Elk Grove Adult and Community Education Center, in her award nomination. “She is an amazing woman, and I am so proud of her for persevering through so many personal obstacles to achieve her goal.” 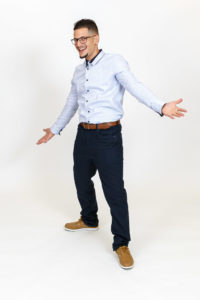 Robert, who has been a Chili’s Team Member for almost 1 1/2 years, knew that he always wanted to get his GED. When the company’s education benefits program, Best You EDU, was launched in January 2018 Robert applied for the GED pathway and earned his GED credential in just four weeks.

After receiving his GED, he immediately applied for the Associate Degree program in Best You EDU, was accepted into college, and started his first semester in June.

“Even while working a full-time job at Chili’s and managing his personal life, Robert has persisted and is a wonderful example of the type of Team Member we try to bring into our restaurant family,” said Rick Badgley, Chief People Officer for Brinker International, in his award nomination. “Robert is proof that someone can obtain their GED credential and get into college in months – not years – with a little help and encouragement from their employer. His story – and the countless more like it – is the reason we developed Best You EDU.”