I really appreciated the flexibility of the program and being able to prep remotely; this helped me get ready faster. 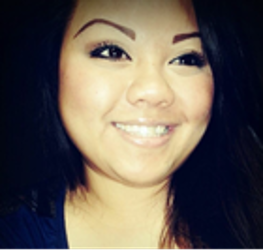 Vanida discovered the GEDWorks™ program through an email from UCare. She had been planning to take the GED test for a long time, and this felt like a sign that she should do it this year. At first, she couldn't believe that her health plan would provide a chance to improve her life by earning her GED. Then, she became eager to take advantage of the opportunity.

Vanida had experienced a rocky education journey. As a teenager, even getting to school was impossible because it was very far away and she often had to be home to take care of her younger siblings. Then, making money became a necessity, so she had to prioritize taking on a job. She was not able to work and finish high school simultaneously.

Vanida had tried to prepare for the GED before, but it was tough to do so on her own. UCare removed the financial barrier to earning her GED, making it easier for her to enroll. The all-inclusive program along with the guidance she received through GEDWorks made all the difference.

Vanida felt pretty good about Language Arts, Science and Social Studies, but Math was very challenging. In addition to online prep, she enrolled in a class at her local community center to learn Math hands-on. Overall, remote learning was very helpful for Vanida. With a toddler at home, juggling responsibilities was no easy task. She liked being able to access tools at times that were convenient for her, such as late in the evening when her son was sleeping. Online lessons and mobile-friendly practice questions became part of her routine.

Thanks to her spouse’s encouragement, her GEDWorks advisor’s support, a comprehensive GED prep program and her own determination to succeed, Vanida had everything she needed to pass. Receiving her GED diploma was a great reward in and of itself. Vanida didn’t want a huge party to celebrate.

She is celebrating her own way by making her next big education dream come true -- college! She’s looking forward to studying at Riverland Community College in Austin, Minnesota.