Jiffy Lube was behind me 100%. The GEDWorks program made sure I was prepared, even though I had forgotten many things after being out of high school for years. 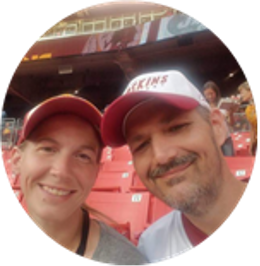 James became a father very young, and had to leave high school to work full-time. It was a tough decision, because he already had football scholarship offers for college, but James took his responsibility seriously. Supporting his family was the right thing to do.

While working at Jiffy Lube, James was keen on continuing his education. He found out about GEDWorks™ from a regional manager when he was doing online training through Jiffy Lube University. James was eager to participate; several other team members signed up too.

James felt great throughout his preparation for the GED® test. There were some topics that he remembered from school; he had the opportunity to learn new things as well.

For James, ongoing support from his family, manager and GEDWorks advisor helped keep him on track. Helping his kids with homework also helped keep James motivated by setting the example. It can be tough to study on your own, but knowing that others are behind you and want to see you succeed makes it easier to reach the goal.

James was confident about the first three subjects of the GED, but the last one was hard to pull through. When he finally did it, his wife got a special plaque to hang his diploma on the wall!

On a scale of 1-10 in terms of how likely he would be to recommend GEDWorks to a colleague, James gives the program a 10. He is excited for growing his career now that he has his high school credential, and wishes for more team members to feel the same pride of success.